There are qualifying rounds, in which success is termed “Rowing On”, that take place this year on Friday, 18th May. These races pass totally unobserved by spectators. 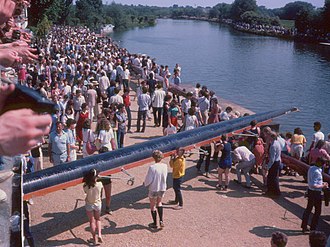